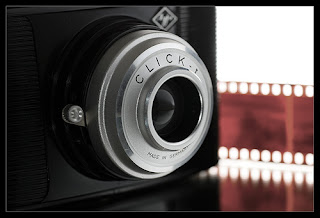 The SECuRET range of applications are camera-based applications that are supposed to operate undetectable to the subjects being filmed.  There are many custom features implemented within SECuRET to ensure this is the case, such as screen dimming, silent mode, disguise mode, password protection, etc.

However, in a very small number of cases, some users find that no matter what they do, the camera shutter sound always makes a click or a beep.  There are a couple of settings in the application that disable the shutter sound; in the ‘Sounds’ category of the ‘General’ settings you can put the device in ‘Silent Mode’ and adjust the ‘Shutter Volume’.  Very occasionally though, these settings will be ignored by the device and there’s not a lot that can be done about it.

Some devices are simply hard-coded by the manufacturer to make a sound whenever the camera is used.  This is related to privacy laws in some countries to stop people being filmed without knowing ... but that’s no good for an application for which that is the desired purpose!

The good news is that as long as you have configured SECuRET to be in ‘Silent Mode’ or set the ‘Shutter Volume’ to zero, then the camera will never make a sound as long as you are taking photos that are NOT in the highest resolution.  This is because it uses a different technique for capturing images at the lower resolutions which does not make use of the actual camera to take the picture (it just uses the preview on the screen and captures it from there instead).

The bad news is that if it is making a sound and ignoring your settings, then there may not be much you can do about it.  You have three main options:

So as I say, it doesn't affect many users, so most of you needn’t worry and you can carry on capturing photos and videos undetected.  And if you do suffer from not being able to convince the shutter sound to pipe down, then at least one of the tips above is guaranteed to work (although it does require a rooted device).

Update: This is part of an email that one user sent me describing how he managed to switch it off for the Droid X (it may be relevant to other devices as well, so try it out):

"After emailing you, I found a forum on xda developers that explained how to fix the shutter sound issue I was having on my Droid X. I had to Uncheck the "Alarm in silent mode" option in my stock alarm app. Works beautifully again!"

If you don’t manage to switch off the shutter sound though, just email me and let me know you want a refund.  I have no problem issuing refunds at any time after purchase for this reason as I can see the application is pretty useless if it’s making a sound every time the camera goes off.  Just make sure you ask for a refund instead of leaving some nasty comment on the Android Market ... there’s nothing I hate more than seeing my applications blamed for something beyond their control :P

A word of advice for would-be developers of Android camera applications: don't!  It's just too painful to support all the different devices out there ... they never behave as you'd expect!
Posted by dooblou at 06:08