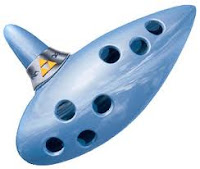 I'm back from my short break (which included a VIP day at Anfield to watch Liverpool vs Arsenal - best day EVER!) and on returning I thought now was a good time to address all my various soundboards currently available on the Android Market.

First, let me start by thanking the thousands (almost a million) of you that have downloaded and used the soundboards - I never expected them to be that popular and from some of the great comments and emails I have received since their release, I can see that some of the sounds have bought back fond memories and emotions.  Thank you.

Secondly, I think I have a fix for the random resetting of some phones that occurs after setting a ringtone from one of my soundboards.  A couple of people have tested it out and confirmed it works for them, but with so many handset available now, I am not going to make any statements saying that it has definitely fixed the problem on all handsets with all their combinations of ringtone apps, hacks and mods.  I will be making the update to all my soundboards very soon and you'll see the updates appearing over the next few weeks.

And finally, that's it for my soundboards ... they will remain on the Android Market, but I will no longer be supporting them.  There's not much more I can do to them and I am being kept very busy with other projects.  It's got to a point where my time is better spent elsewhere and I can't really justify spending any more time trying to support 30+ FREE soundboards.

... Oh, and just one last little thing ... *RANT ALERT* ... I think that all those angry and confused people that have nothing better to do with their time than to direct negative and abusive comments towards a developer who has spent many hours working in his spare time to produce FREE soundboards deserve an honourable mention - well done to all of them and I hope it made them feel big and worthwhile - it certainly kept me entertained to discover the hatred some people can feel towards a couple of MBs of sounds that no-one forced them to download (did I mention the soundboards are F-R-E-E?)
Posted by dooblou at 03:17