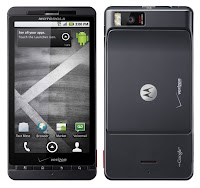 I think I have done quite well to make my camera applications as widely compatible as they are, considering I only have a pair of HTC devices to my name! ;)
Posted by dooblou at 08:33