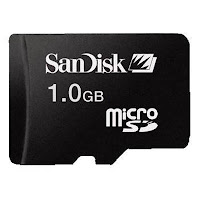 UPDATE 28/09/2010:  Sorry for the 2 releases in quick succession but my first attempt at allowing "Install to SD" was causing installation problems on a handful of devices (mainly rooted ones).  Please download the latest updates of WiFi File Explorer and SECuRET SpyCam if this was affecting you.

Due to popular demand, the next update to be released for WiFi File Explorer, all the SECuRET applications and GroovyCam LiveStream, is to allow them to be installed to the SD card on devices running Froyo (Android 2.2).

Admittedly not the most exciting update I have ever made, but still a mighty useful one and one that is in high demand judging by some recent user comments.

You may be excused for thinking that this blog had become exclusively about WiFi File Explorer in recent weeks, but hey, don't worry SECuRET users ... I am still adding new features for all the SECuRET (and GroovyCam) applications as well!

I have just looked through my road map of feature updates for the range of SECuRET applications and there's enough new features on there to keep the updates coming for at least the next 12 months, but to start off with I'd like to introduce the Torch Button...

Now, the Torch Button is a button (enabled via 'Display Settings' in SECuRET on Android 2.0 and above) on the main camera screen that will switch the camera flash LED on or off (if you have an LED of course, duh!).  You may be wondering why on earth you want a great beaming stream of light coming from your phone when the whole idea behind the SECuRET applications is that they should be as discreet and subtle as possible in doing what they are doing ... namely, spying on people!  Admittedly, I wondered the same thing until a few users pointed out that they needed this feature to be able to spy on things other than people ... an animal isn't going to think, "Hey, that LED on that smartphone is a bit suspicious?!"

So, it may not be useful to you (at the very least, you are getting a FREE 'flashlight' application out of it, which will save you spending $0.99 on the Market), but it could be for other users ... remember, no-one is forcing you to use it, so don't do anything stupid like give it a 1 star review and a comment of "Stupid torch mode makes it easily detectable. Uninstalled." ;)

SECuRET SpyCam will be updated this weekend, and the other versions (including GroovyCam) will follow shortly there after.  In a future update, SECuRET LiveStream and GroovyCam LiveStream will also get a remote control button on the webpage to switch the LED on and off as well, which could be fun for winding people up ;)
Posted by dooblou at 05:35 8 comments:

Lots And Lots Of Updates To WiFi File Explorer, Tonight

After my recent post (Upcoming Updates To WiFi File Explorer), I set about trying to cram as many in as possible for this latest update ... plus a few extras I thought of.

So tonight (UK time), I will be releasing the latest and greatest versions of WiFi File Explorer which will include all the following goodies:
... and it's still only £0.69 and I am determined that it should never cost anymore than that!!

I've been testing all these features for a few days now - hopefully there's no bugs, but if you do find any please let me know via email pauldyble82@gmail.com.  I still have plenty of new features to add and ideas I am toying with, so this is one of many regular updates you'll see in the near future.  The more popular WiFi File Explorer gets, the more time I can afford to spend on it, so hopefully it will keep getting better and better and better and better and ... you get the picture ;)

Speaking of which, there is a new link on the top right corner of the WiFi File Explorer web interface that gives you details and links on how to stay connected and updated with it, and how you can help to drive it forward.  I am also asking that users kindly click the Facebook 'Share' and Twitter 'Tweet' buttons to help raise awareness of this application ... I am really starting to believe this application has all the ingredients to be a success (simple, cheap, easy, functional, useful, etc.) and I just think that if people knew that it even existed that we could all drive WiFi File Explorer to the top of the charts.

Those of you that know my personally are aware that I am not the biggest fan of Facebook.  I won't go into all the reasons here, but let's just say that I find using it like being in a noisy pub where everyone is shouting at the top of their voice about their own private business.

Anyway, I am not here to rant, but rather to try and promote a new Facebook page I have just created for WiFi File Explorer (link here and also a box underneath the Pages box on the right hand side of this blog).  The idea is to spread the word about WiFi File Explorer and to keep users (and potential users) up-to-date on the latest developments and updates.  It's VERY sparse at the moment as I have literally just set it up, but I intend to keep it well lubricated with content.  So please help to get it going and pulsating with your involvement by writing on the wall and starting discussions about how much you all love WiFi File Explorer and what fantastic new ideas you guys have for me to implement ;)

So please take a look at it and click the Like button.  And if you know anyone else that has an Android phone that would benefit from having this application (and let's face it, everyone can benefit from WiFi File Explorer ;) ), then don't forget to share it with them and help me to get every Facebook user with an Android phone to download at least the free copy of WiFi File Explorer.

Oh, and by the way ... password protection is nearly finished and should be updated this weekend :)
Posted by dooblou at 05:35 8 comments:

After the recent surge in sales of WiFi File Explorer PRO, I also received a surge in emails in parallel to that; some previously undiscovered bugs and some cool new ideas.  I have managed to make a few bug fixes and upgrades in the past couple of days, but before I explain them below, let me just explain something else first...

The idea behind WiFi File Explorer is one of beautiful simplicity - it's just a quick and easy way to transfer files and directories to and from your phone without the need for cables or removing SD cards.  I decided to keep everything simple and easy to use; no configuration needed, no buttons, easy to read instructions, clean interface and everything just works from the moment you start the application (apart from a couple of small bugs you guys found ;) ).  By having a nice, simple, plain HTML webpage (with a bit of Javascript) I can be sure it will be compatible with all browsers.  So by sticking to these principles of keeping everything simple, clean and efficient, we all have a very reliable application to use day in, day out.  It doesn't try and do anything else other than what it claims to and I think that by sticking to these core principles is what makes it appealing to most users - if things are useful, work easily and don't cost a lot, people will like them.  Simple!  It's also why I can offer it to you for the bargain price of £0.69 - literally a few pennies that could end up saving you a lot of bother when it comes to moving files around.

So because of this philosophy behind WiFi File Explorer, I am not going to go mad by adding too many bells and whistles ... but what I am going to do is add some new features that are simple and efficient, and will help to make it even more of a pleasure to use.  I'll list the bug fixes and new features after the jump:

So, on Tuesday 31/08/2010, like every other day of the week I logged into my Google Checkout account to see what sort of sales my various applications had achieved.  I expected the usual sort of figures for a Tuesday; about 30 or so orders in the last 24 hours, mainly comprised of SECuRET LiveStream and SpyCam, with a sprinkling of SECuRET RemoteControl and WiFi File Exlorer PRO.  Not hugely exciting numbers, but enough to make all this worthwhile.

Anyway, on this particular Tuesday there was a surprise awaiting me – there had been 10 new orders of WiFi File Explorer in the last 10 minutes!!  Pretty extraordinary based on the usual figures I see.  I assumed that a business owner had just bought a fleet of new Android handsets for his staff and had furnished them all with a copy of WiFi File Explorer PRO, seeing as it’s a pretty useful utility for moving files around.  I checked the addresses of the people ordering the application and they were for all over the world.  So it wasn’t that ... maybe it’s become a featured application on the Android Market?  Nope, not that either.  So I googled ‘WiFi File Explorer’ and there it was - someone had just made a post about it on Life Hacker! I read the post and was very happy with it (although as always I was amused at some of the, shall we say, less insightful comments) and then afterwards went back to my Google Checkout account to hit refresh again ... more orders were flooding in.  Hit refresh again ... more orders.  And more, and more ... sometimes up to 6 per minute!!  Again, these may be pretty normal figures for some developers, but seeing as I get maybe 70 orders in a 24 hour period on a really good day, this was truly exceptional – and all from 1 post on Life Hacker!

All in all, over the course of the 24 hours after the post on Life Hacker was made, WiFi File Explorer PRO clocked up 700+ new orders (to give you an idea, since it’s release in April, it had received just over 1000+ orders in total)!  Also, WiFi File Explorer PRO had jumped from complete obscurity in the ‘Top Paid’ section of the ‘Tools’ category, all the way into the top 25.

So what have I learned from all this that I can pass on to other developers or interested parties?  I’ll set it out in bullets after the jump: